Abstract: Semiconductor memories embrace a bright future in this big data era. The recent global pandemic challenges essentially accelerate the human society toward the 4th generation of industrial revolution of digital life augmented with smart devices. The fast evolution of AI, 5G, automotive, data center, cloud, and edge intelligent devices for IoT all trigger more market demands in semiconductor memories. SRAM, DRAM and Flash are classic standard semiconductor memories, and we believe that these classic memories will continue tremendous momentum to improve the technology with ever better performances, power, and cost. On the other hand, new emerging memories and new emerging computing architectures have potential to create new paradigms. Memory devices will become the central role during data processing, and emerging computing architecture such as computing-in-memory (CIM) or in-memory search (IMS) will complement the conventional computing architectures to create disruptive applications. Memory devices will continue to improve the memory density and bandwidth performances, while reliability are always the major priority to ensure the memory quality. We observe obvious increased complexities in the wafer sort (WS) and final test (FT) for advanced memory technologies, and we would encourage the society to conceive more advanced and even intelligent testing methods to support advanced memory technologies. Co-optimizations between processing, design, testing, and memory controllers must help to manage the large tuning parameters to adapt to production variations to ensure the high quality of memory products with affordable cost. 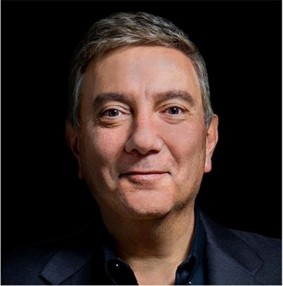 Abstract: More reach.  More data.  Longer battery life.  Today’s engineers are constantly rethinking what’s possible in a world where everyone, and everything, is connected. Not only has the pace of integration accelerated, today’s designs do more, with less resources. Leading-edge disruptive innovations don’t come without pushing the limits of what’s technically possible and making difficult tradeoffs.

In this session, Ron Nersesian, CEO for Keysight Technologies, will share examples of the trends and challenges we see customers innovate through every day, and how software automation and AI will become key to breaking through the limits coming next.

Machine Learning and Corpus Design for EDA and Beyond

Abstract: We have been building faster computers to host innovative ML (machine learning) applications such as image recognition and language understanding. But can we reverse the roles and use ML to help EDA (electronic design automation) in order to create better performing chips and computers? The answer is definitely yes. In this talk, we shall cover two such examples, including wafer failure analysis and side channel attacks using ML. Actually these two examples only scratch the surface since there are a number of ML tasks for EDA to produce better computers for advanced ML applications. We believe such positive feedback in the loop will advance both ML technologies as well as chip/computer performance. Moreover, we shall also address the guidelines for ML corpus design, and touch on corpus-hungry ML applicatons that outperform humans by a large margin and were unthinkable before the current AI era.

Addressing Design Challenges in the Era of SysMoore: From Architecture to Silicon Lifecycle Management

Abstract:  Amount of compute power required in today’s SoCs, especially in AI applications, is outpacing Moore’s Law by a wide margin. Orders of magnitude compute are needed to keep pace with this new era of scaling and system complexity, otherwise known as the SysMoore era. In this presentation we examine the challenges driving the next wave of innovative design solutions. Starting with architecture exploration to silicon-lifecycle management, these solutions  will help engineers create designs that keep pace with the compute power and silicon health needs for today and tomorrow.

Abstract: In this talk I will introduce the new semiconductor opportunities in the fast-growing sport industry that is being populated and renovated by emerging technologies. The sport industry is much larger than the semiconductor industry itself. Development of sport technology requires cross-disciplinary research and education in the sport domain and the technology side, i.e., in addition to the domain knowledge in sport science, we need to integrate technologies in IOT, AI, 5G, cloud computing, advanced sensors, etc. Trends in areas like smart venue, immersive media, quantified athlete, e-sport, real-time online streaming, fan engagement, etc., will be introduced. Examples of existing products, systems, and services powered by semiconductors will be given, and future directions that calls for innovative semiconductor design and test technologies will be addressed.

Biography:  Cheng-Wen Wu received the BSEE degree from National Taiwan University in 1981, and the MS and PhD degrees in ECE from UCSB in 1985 and 1987, respectively.